How to Get Smoke Smells Out of Clothes 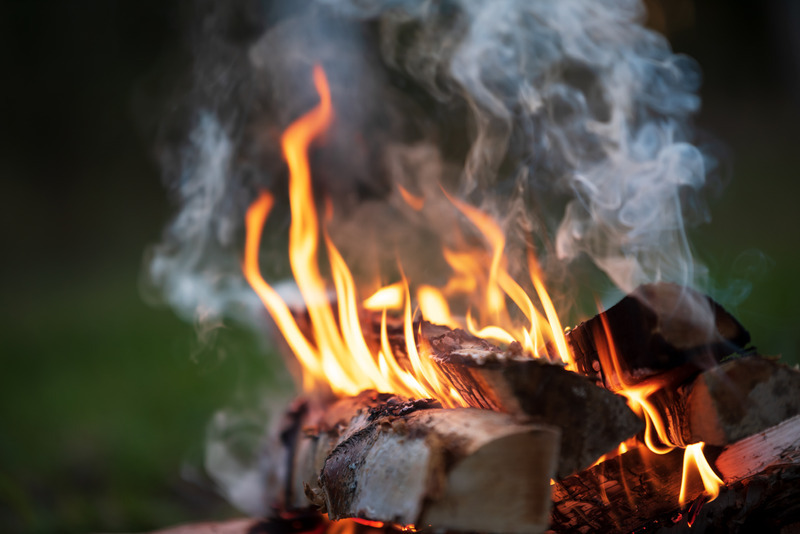 Don’t throw away that favorite shirt, jacket, or pair of jeans that smells like smoke! The smells of a campfire or smoky social lounge can cling to clothes like moths to a flame. Smoke odors may even linger through several washes. It takes extra work to get smoke smells out of clothes. The good news is that clothing can be fresh again if you know how to get a stale smoke smell out of fabrics. Follow these tips for how to get smoke out of clothes.

Give the Garment Some Air

While it’s tempting to toss a smoke-scented garment in the wash as quickly as possible, a little time is often the secret to filtering out smoke from fabrics. Air out clothing before putting it in the wash to ensure you’re not just letting the odor soak in. If possible, hang the clothing outside in the fresh air. If outdoor hanging isn’t possible, try a room with open windows. Running a fan to create air movement is also helpful.

Give clothing a sniff after a few hours of airing out to see if it’s ready for the wash. The length of time needed varies based on smoke saturation. A garment could need anywhere from a few hours to a few days on the line to become fresh again. When tossing garments in the wash after airing them out, use hot water to open up fabric fibers to extract unwanted scents.

Soak the Garment in Baking Soda

Give smoky clothing a bath in baking soda before tossing it in the wash! Using a sink or basin, add just about a cup of baking soda to the water. Allow the clothing to soak for a few hours. Baking soda is an effective deodorizer because it converts both acidic and basic odor molecules to a neutral state.

Some people also swear by the “shake and bake” method of using baking soda to get smoky smells out of clothing. No water is needed for this method. Simply place smoky clothing in a large plastic garbage bag before adding about a cup of baking soda. With the bag tied at the top, shake it around for a few minutes to allow the baking soda to spread over the garment. The unopened bag should then be left to sit overnight.

Do a Vinegar Soak

There’s one more pre-wash trick before it’s time to throw garments into the washing machine to get rid of smoke odors. Add a cup of distilled white vinegar to the washing machine’s rinse cycle. With the cycle paused, allow the garment to soak with the vinegar for up to an hour before continuing the cycle. Vinegar can also be added when washing garments by hand. However, careful rinsing must be done by hand to ensure that vinegar odors don’t linger.

Lemons can be used in place of vinegar. Simply squeeze the juice of one to three lemons until you can fill roughly half a cup with lemon juice. Lemon juice is actually gentle enough to simply run through the cycle with your normal detergent. The strong, stringent smell of citrus helps to cut right through strong, disagreeable odors.

Steam is a great trick for getting smoke out of clothes when a washing machine isn’t available. Heated steam loosens fibers from fabric to eliminate the clingy smoke molecules that are causing lingering odors. A bonus is that steam also kills odor-causing bacteria, mites, and allergens embedded in fabrics. Simply use your iron’s steam setting to help lift odors from fabric. Always check that the fabric you’re treating can handle steam before trying this tip!

Purchase Scent Boosters for the Laundry

While the goal should always be to lift and neutralize odors instead of covering them up, commercial laundry scent boosters can help to push an odor-erasing mission over the finish line. Odor boosters work best when used in conjunction with airing, soaking, and neutralization. Think of them as a “final step” to get fabrics fresh again. Simply pick out a pleasant-smelling scent booster from the store. Add the booster to the wash any time the “rehabbed” garment needs to be cleaned for a few weeks.

Save Smokey Clothes Instead of Tossing Them

Discovering that smoke odor has baked into a favorite garment can be devastating. While smoke molecules cling tightly to fabrics, there are ways to remove smoke smells from clothing without causing damage. Time is often the most important factor for successfully removing smoke smells from clothing. While tossing clothing into the washing machine immediately may seem intuitive, airing and soaking clothing gives smoke molecules the chance to dissolve.